Edna Ryan’s life spanned the twentieth century, and made a difference to the life of every Australian woman through her campaign for equal pay.

Her struggles, achievements and contributions to the community were celebrated in many tributes and obituaries.

From the first time I met Edna in the 1970s, I was struck by her total commitment to the cause of women’s equality in the workplace. I was then on the Arbitration Commission, and every time I met Edna she would outline a new approach to the argument for women’s equality in the award structure or in industrial legislation. And she never gave up on this or on her broader commitment to social equality. Even in the last few years, after Edna had moved to Canberra, there would be another letter with yet another idea to make sure women did not miss out in the new system of industrial relations, including enterprise bargaining. Impossible not to be drawn in.

Edna’s overflowing energy and enthusiasm also found its outlet in her books and writings, which were the product of many months of detailed research. And not content with writing on the history of women and work, she also turned her hand in her eighties to writing her own drama, when many others her age might well have relaxed with someone else’s book to read. Never afraid to tackle something new, she also applied herself to learning how to use a computer leaving many of her juniors to shame. What a role model for the rest of us.

I used to enjoy especially Edna’s stories about the Labor Party in the days when my family was heavily involved in politics. She generously made time for my daughter, then a high school student, to help her with a history project about the depression years. I hope we still have the tape.

What she gave to me and many others was a sense of belief that it could be done, that a fair and equal out come for women was possible. All that was needed was to find the right arguments and insist that the right people listened. Now we can no longer listen to Edna. She will be missed, but her work lives on to benefit many thousands of women and her example will sustain us in the continuing struggle.

Extract from an article written by John Shields

In August 1997, the Sydney Branch of the Australian Society for the Study of Labour History organised a well attended one-day conference at the Women’s College, Sydney University, to commemorate the life and work of labour movement and feminist activist and intellectual, Edna Minna Ryan, who died on 10 February 1997, aged 92. With her passing, the Society, the labour movement, and the feminist movement lost a tireless, feisty, much-loved and simply irreplaceable campaigner. Edna devoted her long and eventful life to the cause of social justice for working women and their families, and the conference served as a timely reminder of her remarkable achievements as a feminist, trade unionist, political activist and labour historian.

Speakers included industrial relations and labour law scholar Laura Bennett, policy analyst, media commentator and lobbyist, Eva Cox, labour and feminist historian Raelene Frances, documentary film maker Margot Oliver, left and feminist historian, Joyce Stevens, and Edna’s daughter and women’s studies scholar, Lyndall Ryan. Lyndall’s brother John and other members of the Ryan family were also actively involved in the day’s proceedings, as were a number of others who had worked closely with Edna in her many campaigns. Discussion of the presentations was free­ flowing and, on many occasions, marvellously spirited.

Edna was born in 1904, the 10th of 12 children in the working class Sydney suburb of Pyrmont. While her mother cleaned offices every morning from 3am to 8am, she was raised by her elder sisters, who encouraged her to complete her education.

Edna won a bursary to Fort Street Girls High in 1916 but when her mother became ill four years later, Edna left school and sought employment as a clerk to contribute to the family income. She was the only member of her family to work in a white collar job.

During her long life, Edna was involved in every major political movement in Australia since the first world war. Her first political memory revolved around the anti-conscription campaigns of 1916-17. She attended the first Australian International Women’s Day demonstration in Sydney in 1928.

Her last work was informing women trade unionists about the difficulties and dangers of enterprise bargaining for underpaid and under-organised women workers. One of the last events she was able to attend, late last year, was a fundraising quiz night for the campaign for free, safe abortion on demand.

Edna’s life was constantly busy and always challenging. She was an active feminist all her political life. One of her great joys was the burgeoning of the women’s movement in the ’70s, when her long involvement in the equal pay struggle finally culminated in the equal pay decision of 1974. During the Arbitration Commission hearings leading up to that decision Edna was the advocate for the Women’s Electoral Lobby.

In 1975 Edna published, with Anne Conlon, her first book, The Gentle Invaders: Australian women at work 1788-1974, which chronicled women’s fight for decent working conditions and wages.

In 1984 she published Two Thirds of a Man, about the struggle by women workers in the laundry, retail and tobacco industries to improve their wages and conditions in the early years of this century. She dedicated this book to her older sisters, who had worked in these areas and inspired her with the importance of the dignity of paid labour.

Until the end of her life Edna was available for quiet chats and long consultations with women trade union organisers about tactics and issues in industrial campaigns.

She acted again as the advocate for WEL in the maternity leave case in 1978. In 1994 Edna initiated WEL’s intervention before the Industrial Relations Commission to warn of the disadvantages for women in the industrial agreements associated with enterprise bargaining.

She was the co-founder in 1949 of the first Workers’ Educational Association residential school for mothers and children, which enabled working women with children to attend WEA classes. Leaving school at 14 herself, Edna argued passionately for women’s rights to education. She was awarded an honorary doctorate of letters from Sydney University in 1985.

She was a Labor Party councillor on the Fairfield Council for nine years and first woman president of the Local Government Officers’ Association (1965-74).

Edna was a committed social reformer, a life member of the ALP and a dedicated worker for social justice. She will be sorely missed and is greatly honoured by the women’s movement and the labour movement, her family and her friends.

Her farewell service was held in Canberra on Friday. Farewell addresses were delivered by Susan Ryan and Elizabeth Evatt. When asked by Edna’s daughter, Julia, what her official titles were for the program, Elizabeth Evatt replied “No, no. You know how Edna hated titles. Just me name.”

The ACT Trade Union Choir “Union Voices” led the gathering in singing the equal pay anthem, “Don’t be too polite Girls” and “Solidarity Forever”. The songs had been chosen by Edna.

TRIBUTE TO EDNA BY LYNN BEATON

It was very sad to hear of the death of Edna Ryan who in life was such an inspiration to all those fighting for justice and equality. She was a lifelong labour activist and feminist and a role-model for a whole generation of women, who had few live models.

She fought for the rights of women all her life, during her period in the Communist Party from 1920 to 1945, in the struggle for equal pay after that and then in WEL which was founded in the early seventies.

In her feminism Edna understood the importance of class. Her work on the history of women’s pay in Australia provided a basis for the work which has since taken place. The book which she wrote with Ann Conlon, ‘Gentle Invaders’, was ice-breaking in this country and was enormously influential to me. My copy, with the torn purple dust-cover, has been pulled out of the shelves hundreds of times, to check that, confirm this. She believed passionately that emancipation for women must start with their economic independence and this spurred me to work for years in trying to achieve that goal.

When I was at the Working Women’s Centre, Edna made herself a resource for us to discuss with, and to learn from. And she never forgot to send messages and sometimes even small gifts of support and congratulations whenever we launched a campaign or had a victory.

Edna Ryan was one of the strongest influences on my life, not because I knew her well, but because she had a clarity and a purpose which was inspirational.

Our condolences to her family. She will be sorely missed, but her work and her memory will live to inspire future generations of women and men.

—
Lynn Beaton (1946 — 2016) was one of the first of her generation to take up the fight for women’s rights within the Australian trade union movement. Throughout her life Lynn was an active campaigner for the rights of women at work, as well as a researcher, strategist and historian of the labour movement. 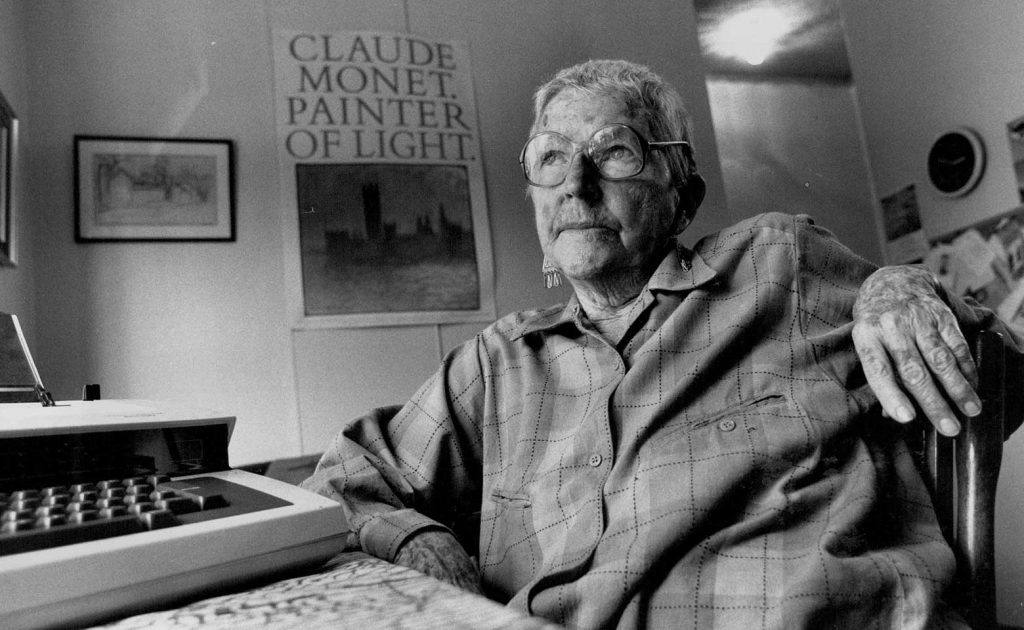